CNN recently published an article on Eroseana “Rose” Robinson.  Her story is rarely discussed in classrooms and has been overlooked for years.  She was a great athlete and a track and field star.  In 1958, Robinson was invited to compete against the Soviet Union, when the Cold War was in full swing.  She didn’t want her athletic skills to represent the government that supported segregation and the war against Communism.  As a result, she declined the offer.  A half a year later she was brought up on tax evasion charges.  Rather than paying the $380 fine and leaving prison, she decided to stay in jail and begin a hunger strike. When newspapers began reporting on her hunger strike she was immediately released. Long before Colin Kaepernick there was Rose Robinson. She never returned to sports following the hunger strike in jail from which she never fully recovered.

Discussing segregated military units in the United States armed forces is an important component of American history.  The 1st Rhode Island Regiment was one of the earliest segregated units mobilized. Slaves were offered freedom and wages if they fought in the Continental Army.  Within a four-month period hundreds of formerly enslaved African Americans enlisted to support the fight for personal and national independence.  In December 1776, the British army seized control of Newport and was gaining momentum.  In response, the 1st Rhode Island was assigned to turn back the British and Hessian forces while maintaining strategic positions. After fighting in Rhode Island the regiment many continued to fight in New York and New Jersey.

The New York Historical Society recently highlighted the legacy of Mary Church Terrell.  She was born in Memphis, Tennessee in 1864. Terrell was sent to Ohio for a formal education as a young girl, where she  graduated from high school and attended Oberlin College.  She was one of only two black women in her graduating class.  After college, Terrell began her career as a teacher.  In 1892, she founded the Colored Women’s League in Washington D.C. which provided education and assistance to Black mothers and children.  Her dedication to improve Black communities sparked an appointment to the Board of Education for Washington D.C and nomination to the National Association of Colored Women.  She was one of the few suffrage advocates who spoke out against racism within the suffrage movement.  She publicly denounced racism while supporting gender equality. Terrell's story reflects on how difficult and complex it was to be a woman of color in the early 1900’s.  Her advocacy encouraged the likes of Frances E.W. Harper to speak up and speak out. 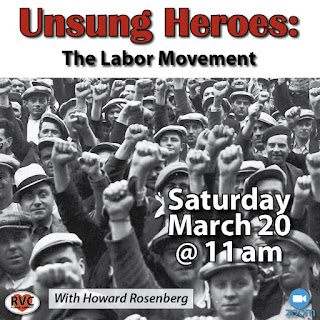 Interview with an Unsung Hero

Listen to an interview with Willie O'Ree on WGBH on a local Boston station.  He discuss his career as the first African-American hockey player and how he succeeded.  He turned pro in 1956 with the Boston Bruins.  O'Ree continued his career after shattering his retina and losing his vision in one eye.  His story is inspiring and an asset to any classroom.  I especially agree with O'Ree when he says "education is the key."

Book Review: When My Name Was Keoko

Discussing the role of imperialism in American history is crucial to understanding the development of our country in the late eighteenth century.  Lessons involving the acquisition of Alaska, the annexation of Hawaii and the Spanish American War usually revolve around the morality behind colonial empires and the dangers of imperialism. I recommend reading When My Name Was Keoko by Linda Sue Park when studying imperialism.  It is the story of a family in Korea that struggles with Japanese occupation during World War II. It delves into the internal struggles behind an oppressive colonial power and exposes the brutal effects imperialism has on ordinary people.  The novel includes the bombing of Pearl Harbor, a secret resistance,  the changing of school practices and a fantastic overview of Korean culture.

Margaret Haley organized the Chicago Teachers Federation in 1898 and led a successful fight to win back taxes from corporations to raise teachers' pay.  She argued that it was a “democratic ideal” to include unions in the education field.  Haley pushed for higher salaries, tenure, pensions, less crowded classrooms and greater recognition for teachers as professionals.  In addition, she was an adamant supporter of women’s right to vote.  Be sure to include Haley when discussing progressives such as Theodore Roosevelt, Samuel Gompers, and the Knights of Labor.

HR
I am a veteran Social Studies teacher who enjoys learning new and exciting details about history. I believe in teaching American history without any deletions or omissions: the good, the bad, and the ugly. Introducing lesser known historical figures accomplishes this goal. I love using unsung heroes to enrich my lessons and enhance my students knowledge of history.